Two Secrets to Happiness, Regardless of Income

I saw part of a programme on TV last night, and I felt so pissed off when I was watching it I had to switch over.

The presenters were discussing the plight of the car industry - the bit I caught was how the global semiconductor crisis has resulted in insufficient microchips to manufacture enough new cars to keep up with demand.

Then, they started whining about how car manufacturers are focusing on producing the highest value cars they can, and thus sidelining the manufacture of more affordable models.

They talked as if it was an infringement of human rights that only the rich have access to new cars.

That’s not OK. That’s emotional terrorism in my opinion.

When I was a kid, I grew up in a low-income household. My parents never owned a new car. We never went abroad as a family. We rarely ate out in restaurants.

We were all OK with that.

I think that was one of the greatest gifts they gave me, because it fostered a sense of gratitude in me for the things I did have access to.

My first car was an Austin 1100 - it only lasted me 6 months because when I took it for an MOT I was told to stop driving it immediately because the floor was about to drop out of it.

I bloody loved that car because it was my first taste of freedom!

I was gutted to say goodbye to it, but I still found happiness in my next wreck - a light blue Ford Escort that constantly smelt of its last owner's damp dog.

But, Bessie was a beaut!

She sometimes needed some mechanical attention, but she did her job as well as any top-end BMW, with the exception of the internal cooling vents that just blew warm, dead flies at me in hot weather.

I forgave her that one shortcoming.

Gratitude for what you have is an essential element of living a happy life, and when the world around you cranks up the volume on what everyone “should” have, it instils a toxic fog of entitlement into the atmosphere.

There isn’t one person on the planet who’s entitled to a new car. If I’d grown up resenting rich people for everything they had and I didn’t, then I’d be a miserable fucker now, and I probably would never have owned a new car myself.

Because giving energy to things you have no control over takes away your power.

Like many people, I still fantasised about driving my dream car even though I was grateful for the one I had.

When I was in my late teens and a single mum to two boys, working as a cleaner and having my income topped up to a liveable level with benefits, I dreamed about driving a Porsche.

I had no idea how I’d ever afford one, but I had a feeling if I worked smart enough that one day I’d have one. I knew I’d never afford one as a cleaner, so I needed to discover a  path that would take me there.

To cut a long story short, I read some books, did some courses, took some action and 10 years later I was driving a Porsche. One of the happiest days of my life was driving that Porsche around the country lanes where I used to drive Bessie whilst dreaming about owning a Porsche.

So, that brings me to the second secret to a happy life: never being entirely satisfied.

That probably sounds like a contradiction, but as humans we all thrive on development.

The minute we stop growing we start to wither.

I’m not just talking about finances here because you might have all the money you want.

If you’re over a certain age, if you’re not loading your muscles regularly, then you're getting weaker. That’s simply down to the ageing process.

You can feel grateful right now that your body is fit and healthy, and at the same time keep pushing yourself to do more with it.

The sense of achievement you get from doing your best every week (regardless of how you compare to elite athletes) will bring much more happiness than flicking through social media looking at perfect bodies and saying, “It’s not fair. I’ll never look like that. The world should stop showing me pictures of fit people. It upsets me.”

Put your focus on what you can change.

Feel grateful for what you have. 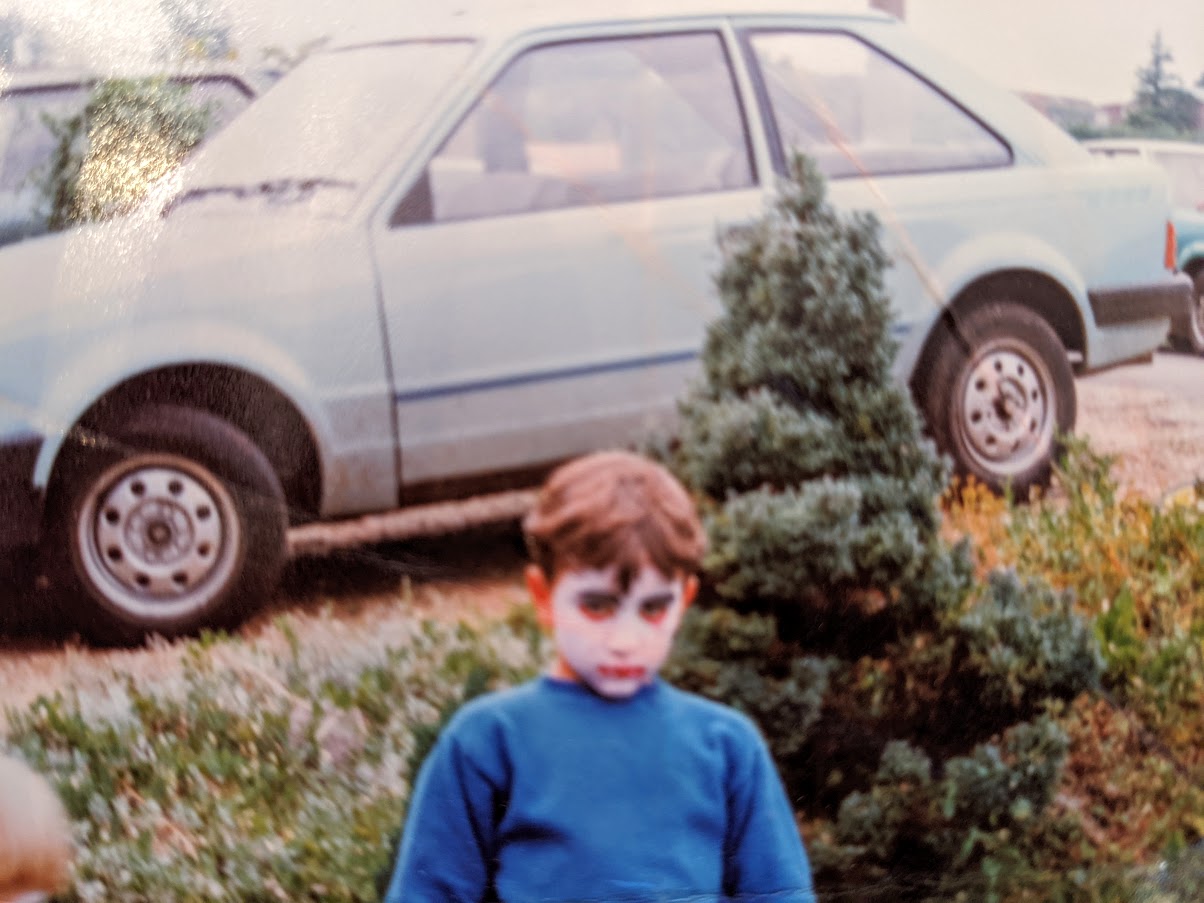 Bessie in all her glory! I have no idea what's going on with my son, though!