Sometimes, you’ve just got to fucking play it loud! 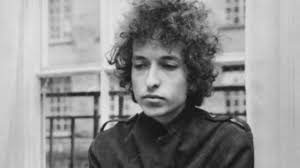 Fifty years ago today, on May 17th 1966, Bob Dylan played a gig that some say changed the course of music forever.  He was playing the Free Trade Hall in Manchester, where he received one of the most famous heckles in music history.

You see, Dylan made his mark as an acoustic folk artist in the early sixties and gained a huge following.  The trouble came when he ventured into introducing electric instruments for a rockier sound.  Many of his folk fans were upset that he was straying from his acoustic roots and booed at his concerts when he introduced his electric band.

At the Manchester gig, he played the first half of his concert completely acoustically, and many people thought he had “learned his lesson” after receiving boos, and was shunning electric instruments to return to his acoustic roots.

However, he brought on his electric band for the whole of the second half, and this is where he received his famous heckle; someone in the crown shouted “Judas!”.

But Dylan wasn’t going let anyone piss on his parade and shouted back “I don’t believe you!” before instructing his band to play it loud, and launched into a mighty version of “Like a Rolling Stone”.

Many believe this pivotal event was where pop music turned into rock music.  Dylan took a stand against many of his loyal fans and did what he wanted to do.  He refused to let people who didn’t want him to change dictate the course of his career.

I have so much respect for the guy, and as a coach I often have to remind people that when you decide to change things about yourself, you will often come up against resistance from people who love you exactly as you are.

If you are changing things in your life, you may get heckles but you just have to follow your instincts and crack on regardless.

Remind them it’s your life, your choices and you will deal with whatever consequences that may arise – not them.

Sometimes you’ve just got to fucking play it loud!