Dearly Beloved, We are gathered here today to get through this thing called Life. 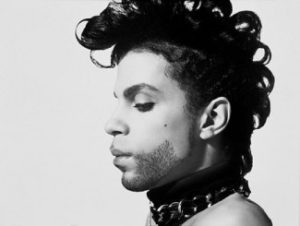 So, yesterday we lost another legend – our dearly beloved Prince. 2016 seems to be reminding us that our time on this planet is limited, and those people who appear larger than life are no less mortal than us.

Prince was a rare multi-talented musician who could play dozens of different instruments as well as sing, write and act.

Popular legend has it that he left behind a vault of unreleased music of more than 2000 recordings. He was massively prolific; some say he recorded something every day.

Prince once described his creativity as a curse; “If I didn’t make music, I’d die,” he said.

Maybe we are the ones who are truly cursed because we don’t have that urgency to express our talents. We just sit back waiting for the right time, the right planets to align, the right fucking mood to catch us, before we dare to indulge our sad sorry arses in our passions – the things that light us up and make us feel fulfilled.

I read an article that appeared in Modern Drummer when Prince was interviewed in 1995. He was an excellent drummer himself and didn’t like using drum-machines on his recordings. He said “(A drum machine) is not human, and we’re human beings. What happens with a drum machine is, after a certain point, you stop listening to it. You don’t hear it because there is no emotion. It’s too perfect, and in reality, nothing is perfect.”

It’s too easy to look in on the lives of successful people and think they are better than you in some way. They aren’t necessarily better, they just do the actions every day to take them towards their goals.

The recordings in Prince’s vault may not all be brilliant – in fact there could be some real ropy shit in there – but what his vault represents is the constant action he took to express and develop his talent.

Maybe more budding musicians would have the courage to express themselves publicly if they heard some of his less than perfect material, to give them the belief that success is built on hard work and experimentation – not just raw talent.

When I first started coaching and then writing, I became very aware of my own imperfections. I felt I had to be a great role model to inspire people to lead the best possible lives, and I got very frustrated with myself when I had down days and struggled. I didn’t want to admit it to myself, let alone anyone else.

I think I felt like that because many of the books and material I had consumed was full of “perfect”. The coaches always seemed to be in control of their emotional state – they had found “The Answer”. I felt a failure when I didn’t feel perfect all the time.

I’m not saying their material was wrong – I mean, who wants to listen to a load of whining when you want to read something inspirational – but what it didn’t give me was realistic insight into their ups and downs, their victories and their struggles.

It’s one of the main reasons I write emails every weekday to my readers. My overall aim is to inspire people to live the best life they possibly can, and also to let them know that to achieve anything worthwhile, they will have ups and downs, good days and bad days, victories and challenges.

I share my ups and downs alongside my coaching tips because that’s real life.

Sometimes I find it really to hard to write every day, but I do my best to give something of value, because I believe what I do is worthwhile – it lights me up and makes me feel fulfilled when I know I have helped someone, and strangely enough that’s often achieved with the words I am least happy with I am writing them.  My emails and blogs are a big part of my Vault.

I’m not perfect, but I’m working constantly to get better and better at what I do.  If you want to achieve something worthwhile, you’ll need to do that too, whether you’re running a business, writing a book, or being a superstar legend like Prince.

Even being a great parent or partner requires constant effort and input from you.

It doesn’t just happen, so stop waiting for everything to be perfect – go and make a start on your Vault, and become a legend in your own right.