I’ve been getting a great response to my weekday emails – so many people tell me they look forward to getting their daily dose of tips, insights and motivation thrown together with a bit of humour and rudity.

Don’t let the term “Life Coach” put you off: I’m not a tree-hugger but I do have one simple aim – to teach you how to think better so you can have a happier life.  Who wouldn’t want that?

Please don’t sign up if you’re easily offended.  I occasionally use bad language and inappropriate humour. I do it to filter out excessively dull people from my life.  You have been warned.

If you are intent on being a miserable fucker for the rest of your life, I probably can’t help you, but if you want to get on board with a happier vibe then give me your email address and let’s get talking!

A Masterclass in How to Give Less Fucks 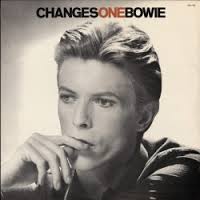 Unless you’ve been hiding in a cave all day today, you will have heard the utterly shite news that David Bowie has died.

I don’t know anyone who doesn’t like at least some of his music, because his output was so unbelievably diverse.  Much has been said in the news about how influential he has been in modern music, but he was so much more than a musician.

Bowie gave the masterclass in how not to give a fuck about what anyone thought of him.  He did whatever he wanted, extremely fricking well, and wasn’t afraid to be absolutely true to himself, even if that “self” kept changing dramatically.

If you have a burning desire to stay exactly as you are for ever, then do that.  It’s your right and privilege.

However, if you feel the urge to change things in your life, then don’t wait for everyone else’s approval before you give yourself the go-ahead.  You will always have people around you who don’t want you to change.  It’s not because they aren’t supportive, it’s because they love the “you” that you are now.

You’re different, and you must embrace that.  You have something unique to give the world, and you might have to wait a long time before gaining approval from your friends and family to live the way you want to.

David Bowie was a legend because he listened to the voice in his head and worked hard to gift his ideas to the world.  There may be many other “Bowies” walking the planet right now with genius whirl-pooling inside them, but if they don’t get over their fear of failure, rejection or having to work hard for it, their genius will die with them.

Imagine if the rock-star scientists like Da Vinci, Darwin and Einstein hadn’t conveyed what was going on in their brilliant brains.  What genius insights have been lost because their owners didn’t have the balls or tenacity to get them out there?

If you have ideas, talents or a desire to be different, then it’s your duty to the whole fricking human race to be the person you feel you were born to be.

And it doesn’t matter if you change your mind along the way.

It’s not all about being a global legend; when you are true to yourself you inspire and encourage others to do the same.  You may never be famous or rich, but you can give something to others that money cannot buy – you give the gift of your true self, and in doing so you give others permission to do the same.

If you need a regular reminder to be the best bad-ass version of yourself, then you can sign up to my emails which I send out every weekday, to inspire you to give less fucks about what everyone else thinks and get serious about claiming your happiness.

Rest in Peace, DB and thank you for sharing, inspiring and just being you.  Whichever “you” you were at the time.

Struggling To Keep Your New Year’s Resolutions? Read This…

So, how are your New Year’s goals going?

I’m happy to say, going to the gym is one of my good habits and it was formed years ago.  If I don’t work out, I feel edgy and restless (like when you realise you are wearing your most uncomfortable pants but are too far from home to do anything about it).

Contrary to popular knowledge, it does not take 21 days to form a habit.  Philippa Lally, a researcher at University College London, has found it can take anything from 2 to 8 months for people to form habits, it just depends on the person.

I’m sorry if that comes as bad news to you if you thought you’d be all sorted with your newly formed super-star habits by the end of the month.

(I apologise if this post is starting to look like a psychology text book, but I like to credit people with their research – they work hard to produce this good shit!)

Peter Gollwitzer researches the science of motivation with his buddies at New York University, and they have found that just “vowing” to do something is pretty much useless.

What really works is making vivid, concrete plans to carry out your intentions.

Instead of saying “I’m going to start running again”, what you say is “Tomorrow morning, after I have brushed my teeth, I’m going to put on my green shorts, pink stripy top and purple trainers (I didn’t say you had any dress sense…) and I am going to run gently to the Co-op and back”.

That is an example of a vivid, concrete plan.  You know the When, the Where and the How in full detail.

You can do it with anything from your fitness goals to other tasks you keep putting off, such as sorting your knicker drawer (and setting fire to the ones that give you wedgies).

It’s best to hang your new desired action off one you know you will already take, like having your morning coffee or lunch, so that you have a trigger for your action.  It primes your brain to make it happen.

So, don’t give up when your motivation starts to fade – get VIVID and stay on track!

If you want to get good tips like this delivered to you every day, then sign up for my emails, which I send out every week day.

A Little Bit of Wee On Your Fireworks 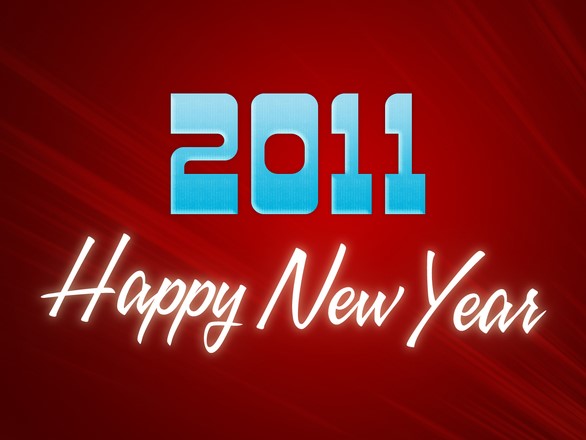 Hope you had a great Christmas break, but before you start heading off into the “New Year New Me” euphoria, let’s wind back a few years to 2011…

Can you remember what New Year’s Resolutions you made way back then?

Now, I don’t mean to piss on your fireworks if you have just finished your first gym workout of the year (because it was silly starting your new fitness regime Friday as the gym was shut New Year’s Day, and Saturday was a no-no as you had a party that night and Sunday was impossible because you felt rougher than a badger’s buttocks…) but is it at all possible that you made the same promises to yourself in 2011 as you did this year?

Well, one thing’s for sure – you wont be alone.  Only 8% of people actually stick to the promises they make themselves (and probably 80% of those questioned lie when asked!) so something is going badly tits-up somewhere!

It’s not that you don’t want better life for yourself; a fitter, less hungover, richer, more dynamic, more organised, more educated, well travelled and “speaker of more languages” you.

It’s just that you have yet to understand what drives your behaviour and causes you to slip back into your lazy, junk eating, wine-swilling, unambitious, can’t-be-arsed to take my coat to the dry-cleaners, “Well everyone understands English if you SHOUT CLEARLY, so why bother with a new language” you.

For all the good intentions you have, there will be a HUGE part of you, as big as the wet part of an iceberg, that will be pulling you back to your old ways.

If you want to make significant changes, you’re gonna need all the help you can get!

And OOOH!! What’s this you have stumbled upon?  A post from a brilliant Life Coach and Mindset Expert (that’s me, by the way) offering you FREE emails every weekday to keep you motivated, informed and inspired.

This really is your lucky day!

I’m offering to pack your head with loads of good shit I know about changing lives for zero quids.  I’m doing this because I have a personal goal to improve the lives of a million people by changing the way they think.  Not everyone can afford one-to-one coaching with me because I’m not cheap, but that’s not going to stop me sharing what I know with you.

Of course, nothing can substitute personalised coaching sessions where I get to know you and guide you specifically towards your very own goals, but some people either can’t afford that, or don’t realise the impact investing in coaching can make on their lives.

So, if that’s you – too broke or too cynical to pay for coaching because you fear it may be a load of bollocks – then get yourself signed up to my weekday emails…

I may have sprayed a little wee on your fireworks, but I do it because I care!  I want you to succeed this year and be the person you really want to be!

You won’t regret it, and if you do you can easily unsubscribe (…none taken).

By the way, I don’t share email addresses with companies because I hate spam and I expect you do too.

I hope I’ll be speaking to you again soon

P.S.  I swear a bit sometimes and I am occasionally rude so if you are easily offended, these emails may not be for you.  You have been warned! 🙂